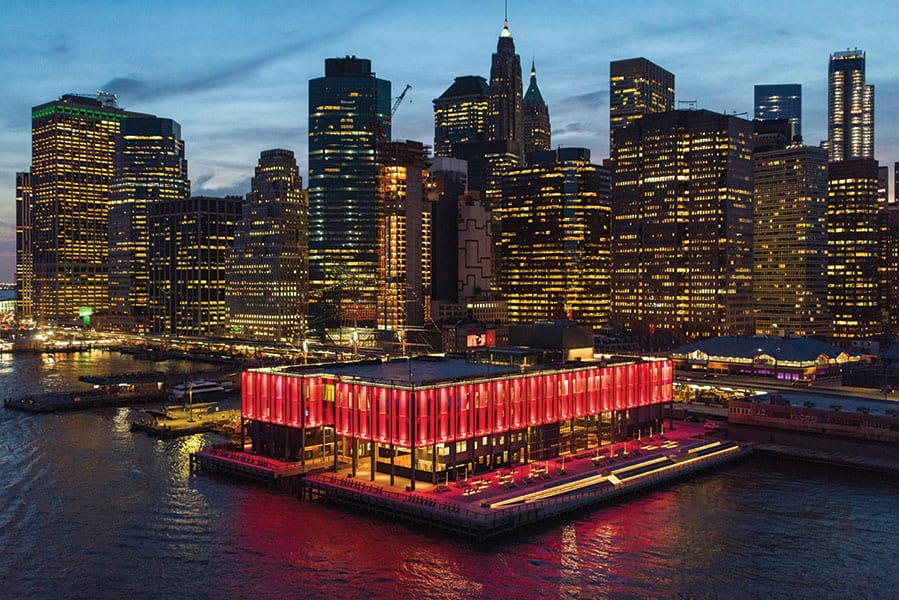 Back to blog
September 08, 2016
Link was copied to clipboard

Up for some NYC sightseeing?

The most visited city in the United States for sure, passing through New York is like seeing 100 different countries being fitted into one island. Being backdrop of various classics and favorite movies and TV shows, New York City is stamped in the mind of the people before they even get a chance to get here.

Are you up for some NYC sightseeing?  New York City is filled with so much to do, see and eat that one may find it overwhelming. NYC bus tour reviews have been really good so far. People seem to enjoy hopping on and off on the streets of New York and doing some sightseeing. In a city as huge and sprawling with must-sees, the best NYC tours offer travelers a very splendid taste of the NYC sightseeing sans the stress of navigating the ever-busy streets with New York traffic by yourself.

Take our day or night tour to maximize your experience! Our tours are one of the best NYC tours that include the top city attractions, which just can’t be missed. It would be nearly impossible to list all of NYC’s attractions on a single page. We’ll almost randomly make a mention of some of them worth seeing while visiting New York City.

One of the oldest congregations in the world is Trinity Episcopal Church which was established under the charter of Kind William III in 1697. There are three burial grounds around it. The original structure was burned down in the Great Fire of the American Revolutionary War in 1776. You could see historic artifacts, photos, and documents there.

The world’s most notorious and expensive street is 5th Avenue. You can find everything here from the most prestigious stores, historic landmarks, parks, and businesses. It stretches for miles covering so many streets and displaying famous buildings along the way. The stop is part of our tour itinerary.

You will find St. Patrick’s Cathedral, the Museum of the City of New York, the MET, and numerous other historic buildings. 5th Avenue is bordered by Central Park between 82nd and 104th Streets. This stretch is called the Museum Mile – a home of nine museums.

Sprawling for 843 acres, with lush green trees and plants, one finds it hard to believe that it was once a terrain containing sheds from the colonists, pig farms, and swamps.

The idea by Frederic Law Olmsted and Calvert Vaux was of a park that should be English-styled with huge meadows and lakes and so many trees that the view of the city’s buildings is obstructed.

Central Park boasts numerous lakes, ice rinks, theatres, fountains, baseball fields, tennis courts, and other facilities. It is a not-to-be-missed while sightseeing. It is also home to Central Park Zoo and the famous Metropolitan Museum of Art.

Visitors to New York City simply cannot afford to miss this area pulsating with human energy. Times Square is a bustling magnet for visitors who have come for some city sightseeing.

Formerly known as Longacre Square, it was renamed in 1904 after the moving of the New York Times newspaper headquarters to the Times Building. With a spectacle of billboards, arts, Broadway, shops, and restaurants, Times Squares is also a center of various entertainment venues, which makes it a popular destination for tourists.

To conclude: If you want to get to absorb the beautiful sights and smells of New York, try booking yourself one of our popular New York City tours to enjoy most of your sightseeing time. You’ll have a great time while building lasting memories.