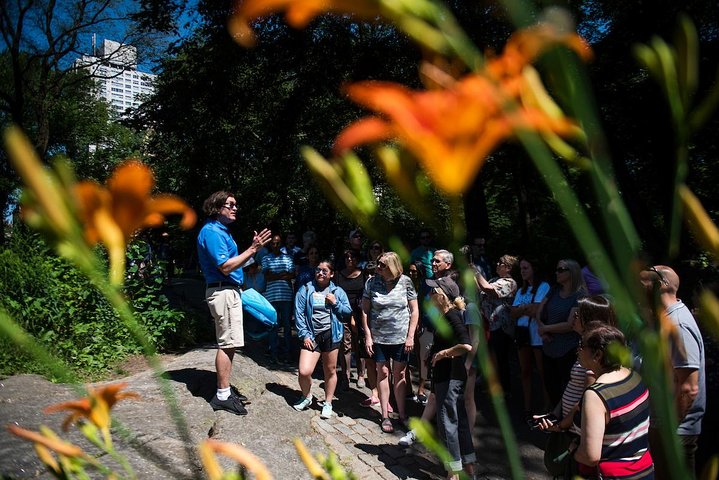 Back to blog
November 24, 2018
Link was copied to clipboard

New York is one of the most fascinating cities in the world to visit—but all that excitement comes at a price. New York is hard to do on a budget, but that doesn’t mean there aren’t ways to make your vacation dollars go a bit further. If an NYC trip is in your future, here are our favorite money-saving tips to help you stretch your hard-earned cash.

1. Get $5 rides anywhere in the city with Via

When you don’t feel like taking public transportation or shelling out big bucks for a taxi, Via is a great (and cheap) alternative.

Via is a ride-sharing service; you’ll share a car or SUV with up to three additional passengers. Rides are just $5 (plus a $0.44 flat tax). Even better—each additional passenger is just $2.50. A family of four can ride for $12, which is just $1 more than four subway tickets.

2. Visit during museum-free hours to see the best art without spending a dime

New York has some of the world’s most amazing museums—the Metropolitan Museum of Art, the Whitney, and the Guggenheim, to name just a few.

You can easily drop $50 on tickets for two, and if you have a coffee and pastries or a glass of wine and a snack, your museum excursion can top $100 or more.

Fortunately, major museums have free and pay-what-you-wish hours each week. Plan your visit around these times and save $50 or $100 for an Off-Broadway show or a game at Yankee Stadium.

3. Save hundreds on hotels in Jersey and less popular districts

It’s easy to spend $400 a night or more on hotels in Manhattan’s most popular districts—and there’s something to be said for being right in the heart of the action.

But if you’re willing to hop on the train, you can find great rooms for $100 to $150 a night in places like Jersey City, Williamsburg, Long Island City, Astoria, and Staten Island.

Less popular areas like Chinatown and the Lower East Side are also great places for budget hotels.

4. See a show for about $10 Off-Off Broadway with the Theatre Development Fund

You can pre-order tickets up to six weeks in advance, or starting at 8 am for same-day tickets. Of course, the super-cheap tickets come with a trade-off—you can’t choose specific seats and you won’t know where you’re sitting until you actually buy the tickets.

But let’s be real: Is there even such a thing as a bad Broadway ticket?

5. Skip the fancy lunch and grab a slice for $3—the ultimate New York experience

Whether you fold it in half or eat it flat, a New York slice is an essential Big Apple experience. It’s also a great way to save $40 on a restaurant lunch. Pizzerias are pretty much everywhere—you won’t have to go far to find a great pie.

Or you could make like Meg Ryan in “When Harry Met Sally” and hit a local deli for a pastrami on rye.

Rockaway Beach is back and better than ever after Hurricane Sandy—it’s definitely worth the trip.

What makes it even better is the amazing views of the Statue of Liberty from the deck of the sleek, modern Hornblower ferries. Although the Staten Island Ferry is free, the Rockaway Ferry is a steal at $2.75 and you get much closer to Lady Liberty.

7. Get amazing aerial views of Manhattan from the Roosevelt Island tram for the cost of a subway ticket

That $2.75 MTA fare is good for a multitude of incredible New York experiences, not the least of which is the Roosevelt Island tram, the world’s most modern aerial tramway.

Depart from 59th Street and 2nd Ave in Manhattan and float your way to Roosevelt Island, the New York skyline laid out before you.

8. An NYC sightseeing pass saves you 65% or more on top attractions

It’s easy to get nickel-and-dimed (or $10 and $20’ed) to death on attractions in New York City, but you can shave lots off the price of admission with multi-day sightseeing passes or flex passes.

For less than $200, you can see as many attractions as you can fit into two days—things like the Empire State Building Observatory, One World Observatory, and Ellis Island.

Central Park is huuuuge, with over 800 acres of green space and outdoor entertainment. It’s easy to lose yourself there for a day without spending a dime.

Stop to admire the flowers at the formal Conservatory Garden—there’s a wisteria pergola, a lily pond, and acres of carefully tended blooms. Climb Belvedere Castle for commanding views of the park.

Skip Hamilton in favor of a free summertime showing of Shakespeare in the Park. Pay tribute to John Lennon at Strawberry Fields.

What’s the easiest way to cover lots of ground in New York without missing the sights?

The Citi Bike program puts you on two wheels for just $12 a day—and there are plenty of bike paths in Central Park and along the Hudson River Greenway.

Choose your own route, or choose one of the popular rides through the boroughs or the Jersey waterfront. It’s a great way to see the city (and work off a few of those carbs from your pizza lunch!)

11. Don’t eat in Times Square—try the street food instead

Meals are a big part of any vacation—and we’re all about splurging on a really amazing restaurant. But why waste money on overpriced touristy chains, especially in Times Square, when there are so many delicious food carts and trucks to sample instead?

How about Japanese rice balls or red curry ramen or a pork donut slider from a food truck? If you can crave (or imagine) it, you can probably find it somewhere on the streets of New York.

12. For $19, you get a cocktail and amazing Rockefeller Center views at Bar 65

The views from the deck of the Rockefeller Center are picture perfect—and pricey. A trip to the top costs $34 (unless you bought a sightseeing pass).

Here’s my pro tip: Skip the observation deck and head to Bar 65 instead. For about half the price, you get almost identical views and a drink besides!

You can also head to the Highline and grab a drink at Le Bain, the rooftop bar at the Standard Hotel for breathtaking city views.

13. Kayak the Hudson for free at the Downtown Boathouse

The Manhattan skyline is an unforgettable sight—and what could be more unforgettable than the view from the water? Anyone can paddle the Hudson in a kayak for free, as long as you’re back in 20 minutes.

Don’t know how to kayak? No problem! Even kayaking lessons are free!

Ready to plan your New York adventures on your next NYC trip?

We’d love to help you find the best value for your New York City guided tour. Get in touch today and we’ll hook you up with a money-saving city sightseeing pass and reserve your spot on one of our award-winning tours.