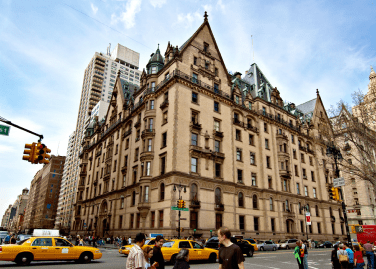 Found on the Upper West Side of Manhattan, on the corner of 72nd Street and Central Park West, The Dakota building/apartments is one of New York’s most posh and exclusive apartment complexes.

The site was designated a New York City Landmark in 1969 and is in the National Register of Historic Places as well as a National Historic Landmark. The building has Victorian-era German Renaissance architecture with a central courtyard, which once served for carriages to enter and turn around. All of the apartments inside are unique and tailored to the specifics of each occupant.

Famous residents of the Dakota Building, where Yoko Ono still maintains apartments, include (and have included) Lauren Bacall, Rosemary Clooney, Boris Karloff, John Madden, Gilda Radner, Joe Namath, Jack Palance, Rex Reed, Connie Chung, and Judy Garland. Unfortunately, people are not permitted to enter the building, however, visitors tour the outside as well as the memorial across the street. Both make for a great photo opportunity. 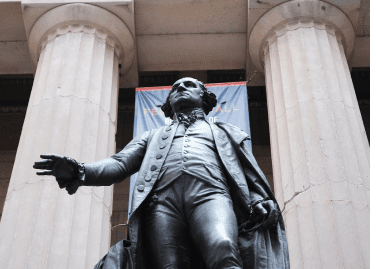 Federal Hall is a National Park which was once the first capitol building of the United States, the site of George Washington’s Inauguration, and where the Bill ...